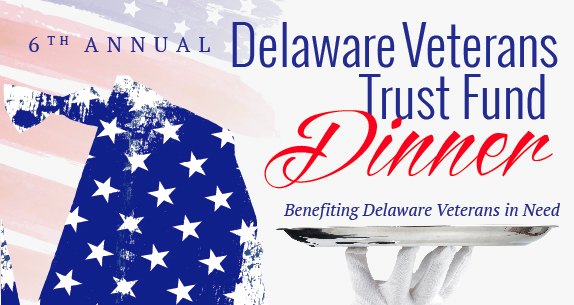 There are a great many worthy causes that ask for our help, especially as the holiday season draws near. One of them is the Delaware Veterans Trust Fund, administered by the Commission of Veterans Affairs.

Since 2013 the Trust Fund has provided one-time, hand-up grants to veterans in proven need. Last year $104,000 was paid directly to creditors to stop utility cutoffs, repossessions, make emergency repairs on homes and vehicles, and sometimes put food on the table.

The Friends of Delaware Veterans, a volunteer board of military veterans, is hosting its 6th annual fundraising dinner Saturday, November 9, at Dover Downs’ Rollins Center. All of the proceeds will benefit the Trust Fund. Maj. Gen. Michael Berry will keynote this year’s dinner. The registration deadline is Oct. 30.

Tickets are $100 and include musical entertainment, a plated meal, and silent and live auctions of valuable items, including MV 1 and 2 (Military Veteran) license plates. Contact Sherri Taylor at sherri.taylor@delaware.gov or call 302-257-3117 to reserve a seat. No tickets will be sold at the door.

Visit DelawareVeteransTrustFund.com for more information or to make a tax deductible contribution.

We look forward to seeing you there.
Dave Skocik, president
Friends of Delaware Veterans
dskocik@aol.com

The service will focus on the theme of courage.

RSVP to tcd123@gmail.com with the subject line: RSVP for November 10th

Looking forward to seeing you!

2020 Brain Injury Conference has been scheduled for March 5, 2020 at Dover Downs’ Conference Center in Dover, Delaware. We are currently seeking sponsors, exhibitors, and attendees for this event. Attached you will find the sponsorship/exhibitor information and form.

In Honor of Veterans Day, we’ve added an additional day for appointments.

ONE HOUR SESSIONS FOR VA APPEALS ONLY 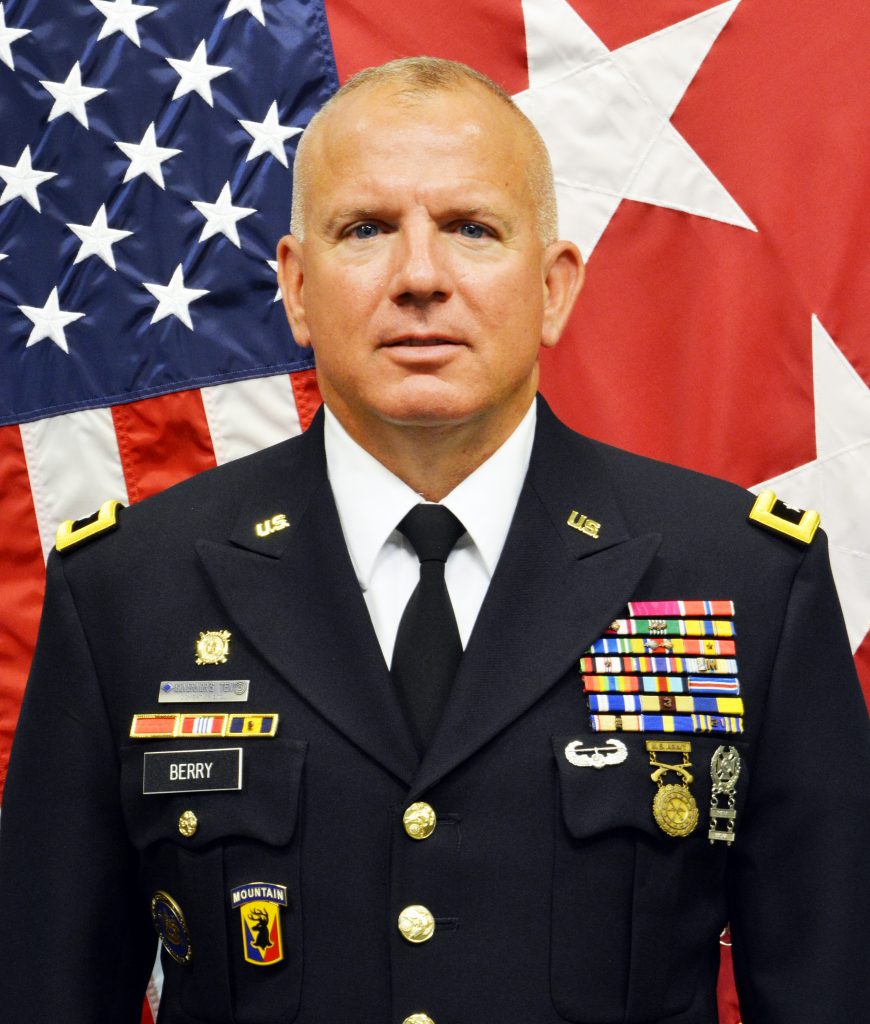 The annual black tie optional fund-raising dinner, hosted by the Friends of Delaware Veterans, is the primary event that benefits the Delaware Veterans Trust Fund. The 6 – 9 p.m. affair includes entertainment, a plated dinner and silent and live auctions. Tickets are $100 each or $1,000 for an 8-person sponsor table.

The Friends’ board is comprised of 11 military veterans who work pro bono in collaboration with the Commission.
“We are honored to have Delaware’s top military leader as our guest,” said Dave Skocik, Friends president. “General Berry’s more than three decades of military service includes Afghanistan, where he was attached to the 86th Infantry Brigade Combat Team in support of Operation Enduring Freedom. He understands the challenges faced by those in uniform.”

General Berry assumed his duties as Delaware’s Adjutant General on March 1, 2019. He is responsible for the mission readiness of all Delaware National Guard units, including over 1500 Soldiers and 1100 Airmen for both federal and state missions.

General Berry earned a Bachelor of Arts in Criminal Justice from University of Delaware in 1989 and is a 1990 Delaware State Police Graduate obtaining his Law Enforcement Certification. He is also a 2008 graduate of the United State Army War College, receiving his Masters in Strategic Studies.

Visit www.DelawareVeteransTrustFund.com or call 302-257-3117 or email sherri.taylor@delaware.gov for information and reservations for the dinner. 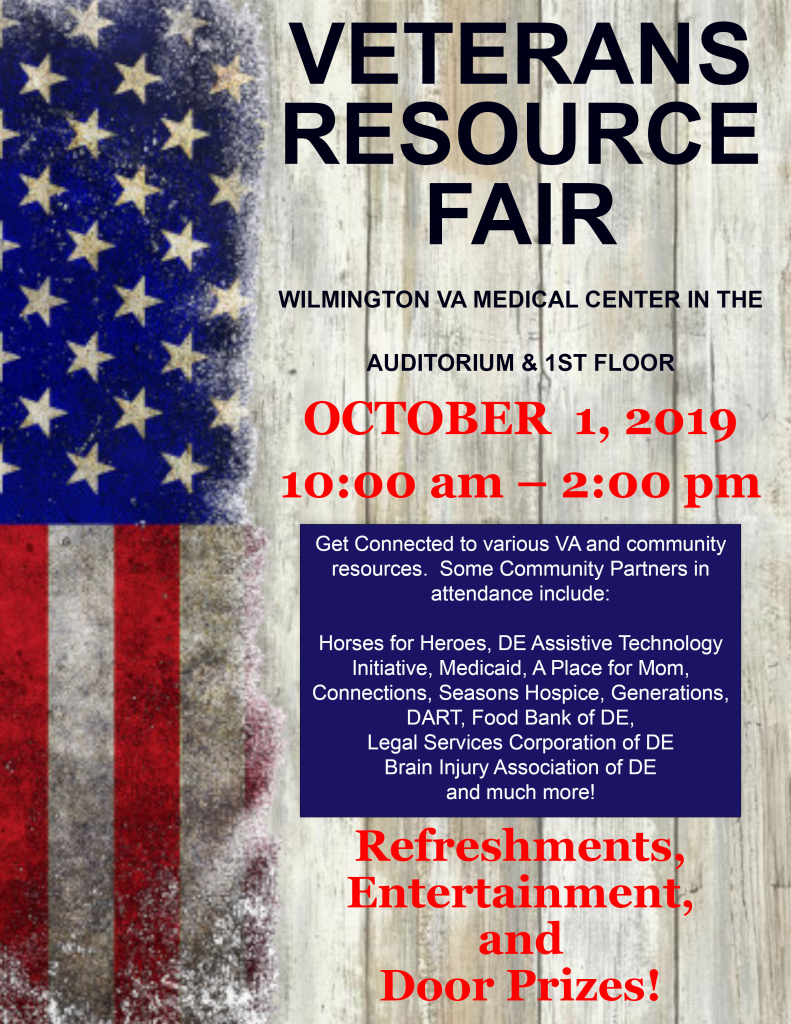 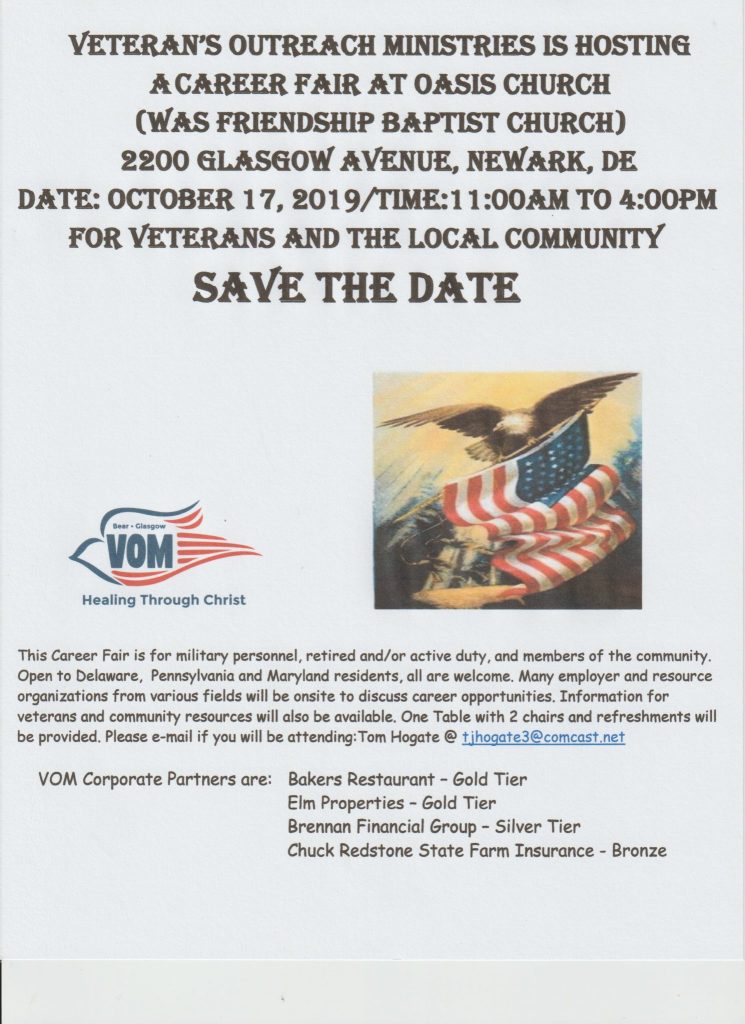 ONE HOUR SESSIONS FOR VA APPEALS ONLY*