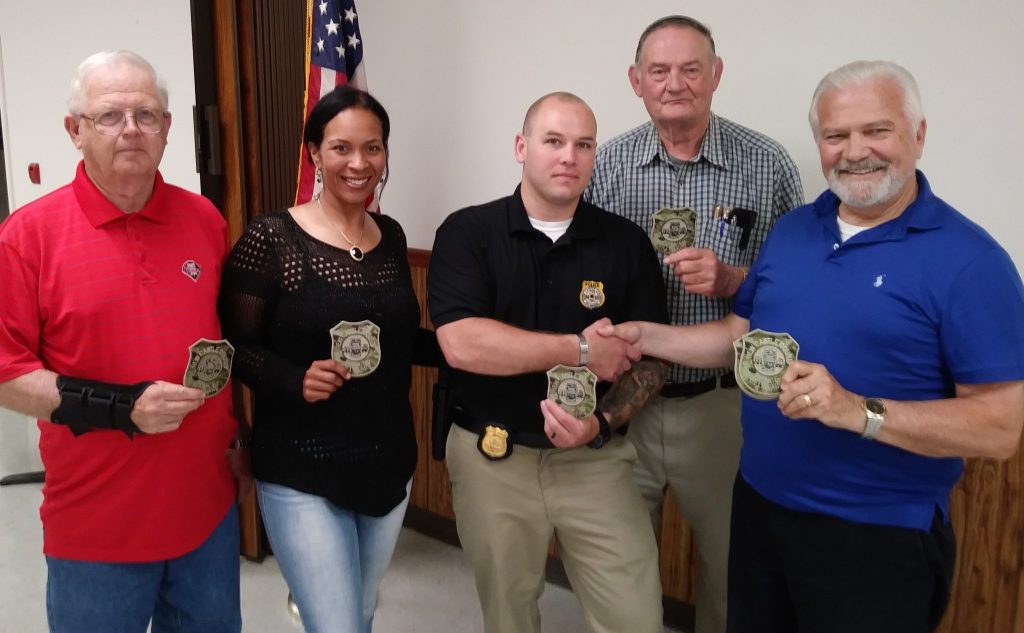 New Castle County Police Department Officer First Class Nicholas Hurst addressed the bimonthly meeting of the Delaware Veterans Coalition in Dover on May 29. Hurst, who served two combat deployments with the U.S. Marines between 2005 and 2007 in Fallujah, Iraq, is a founder of The Veterans Response Team program, launched in September 2017, and is only the second in the nation. It teaches military veteran first responders to effectively and peacefully resolve incidents involving a veteran in crisis, using their own military experiences to connect with veterans, defuse the situation, and help them get needed resources. His work stemmed from Crisis Intervention Team training that provides critical training to law enforcement officers throughout Delaware to help citizens with serious mental illness. The program has prevented suicides and other potentially violent actions.